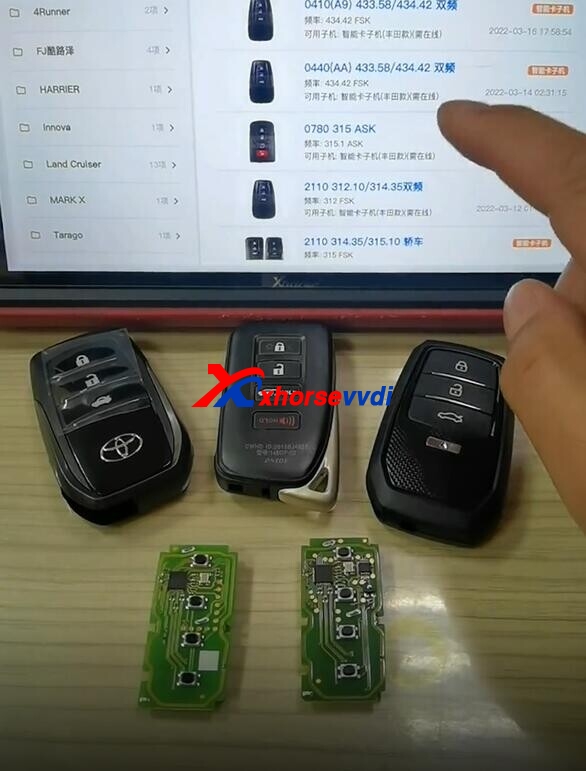 After opening the inner PCB, if there are two chips on the circuit board – a square chip and a ten-pin chip (left in the picture), this is the XHORSE first generation Toyota XM smart-machine product number is XM28, there is only one on the circuit board .Only the square chip on the Toyota PCB (right in the pic) is the second-generation Toyota smart, the XM38. 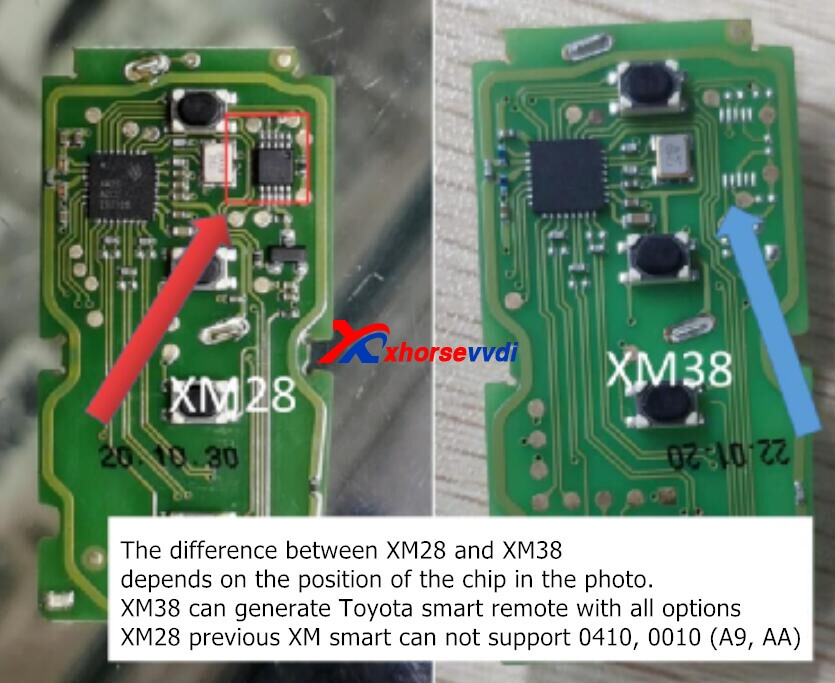 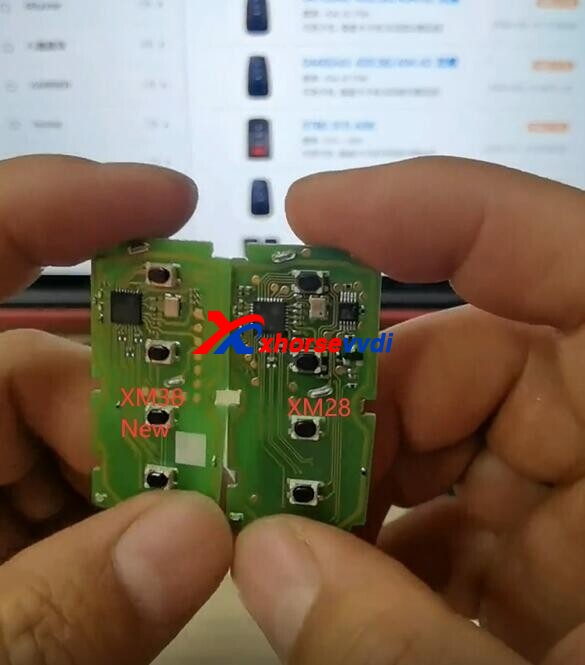 2. XM38 Toyota smart is with key shell in the package. But first without, need to purchase OEM key shell.

If users who require appearance can also choose various Toyota casings to use with XM38 smart.

Here is the link for different outlook of Toyota key shell: 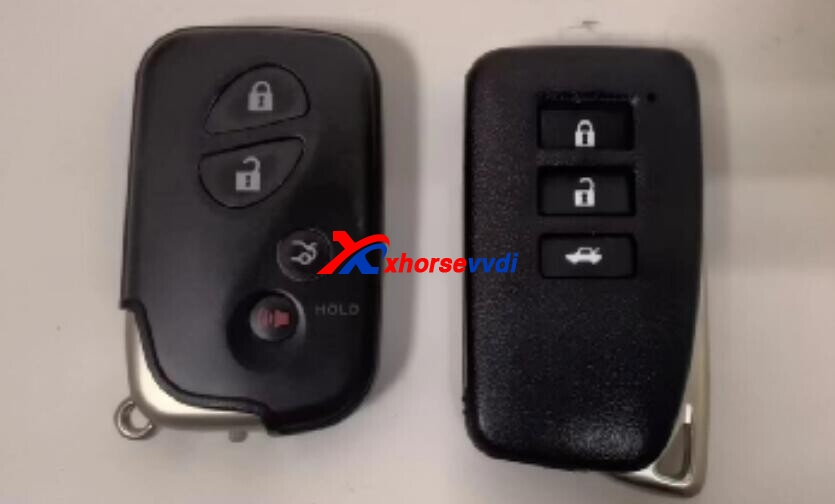